The Denver Zoo welcomed quadruplet tiger cubs earlier this year and released them from the nursery on August 31.  As soon as RCC saw that he decided we needed to go see the babies at the zoo.  We made a date to go.

I got off of work early Thursday evening (meaning I'd only worked 9.5 hours) and we decided to go out to dinner and then a movie at the three dollar theater (boy do we know how to live large!).  Lucky me, our date started a whole twelve hours early.

I cancelled my standing shooting date with Tara for Friday and off we went to the zoo to see the babies.  We were pretty much lazy bums and didn't get to the zoo until early afternoon where we got a pleasant surprise - because the zoo had a fundraiser that evening and would be closing early, we got in for half price! 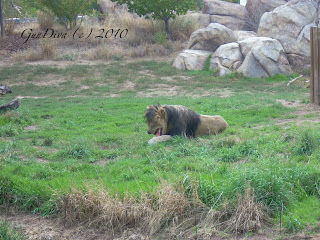 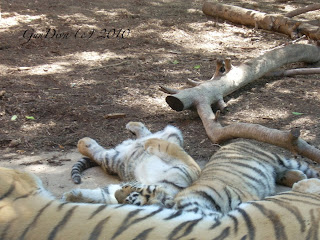 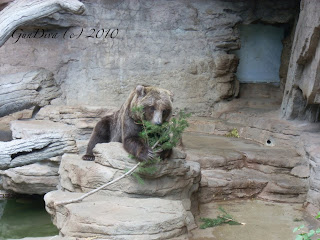 ...and the cutest darn ocelots on the planet... 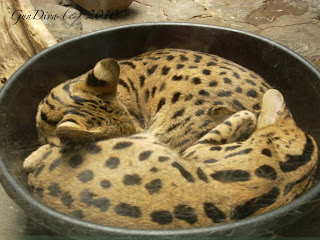 ...and the coolest upside-down reflection ever... 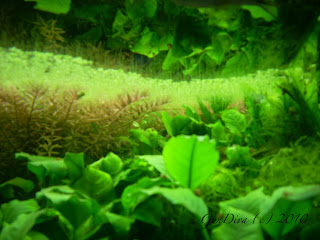 ...and then we went back and saw more tigers... 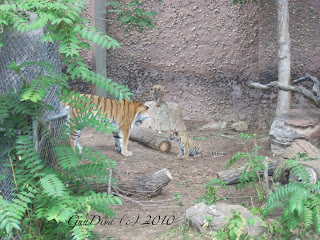 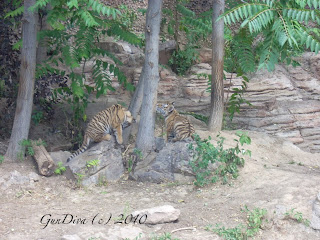 I could have stood and watched those cubs all day.  Only six weeks old and already larger than some dogs.  Finally, being jostled by all the little kids who wanted to see the babies got old and we decided to continue our date at Casa Bonita.

Now before y'all get excited about us going to some romantic place, go check out the link for Casa Bonita.

You get the gist?  It's as romantic as you can make it with all the kids running around (blessedly few since we were there so early), but it is perhaps the most fun restaurant anyone can go to and is a Denver landmark (even though it's technically in Lakewood).

Of course, our date wouldn't have been complete without a cheesy picture at the fountain in front of Casa Bonita. 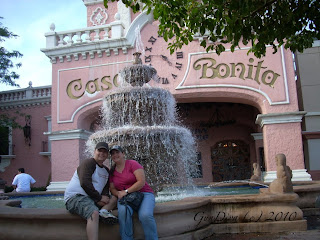 Just for you South Park fans, here's a little video of Casa Bonita for you (no, it's not us in the video).

What do you think HCRers - should we build a trip to Casa Bonita into our schedule?
Posted by GunDiva at 8:12 PM

The animals are cute, but not as cute as y'all! Yes, I know I'm sweet. Thanks for noticing.

Kids make me insane, especially if I didn't grow them myself.

My WV is twoohing. For some reason, it sounds dirty to me.

There's something so endearing about animals who sleep in their food bowls.

I wish it's a practice that was considered cute for adults, too.

We have Casa Bonita in Tulsa too! :) I like it but always eat too much when we go there.

Those Ocelots are precious!

So glad we started a family tradition: the zoo, then Casa Bonita. Would love to go to the zoo, but Casa Bonita can wait...a really long time!
Mom

I would love to hit Casa Bonita... I'm game for all those hijinks!