I actually learned new stuff this year.  I shouldn't say "actually" like I'm surprised, should I? I love to learn new stuff.

Jay, Mez, and I went to SHOT Show in Las Vegas, where I met a lot of great people, saw a lot of new products, and got to shoot my first fully automatic rifle. 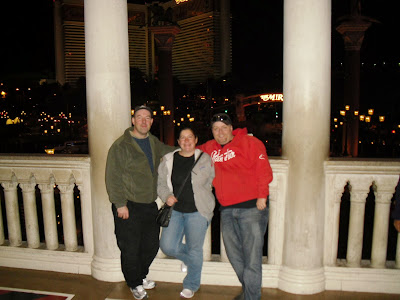 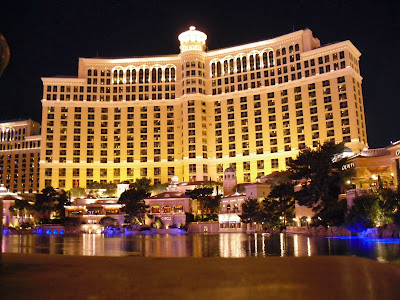 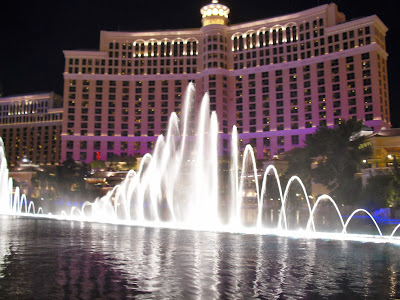 I got to play with my friend's cattle on branding day.


I took a carbine rifle class in April and managed to hold my own against a bunch of guys who were much younger and in much better shape.  The best part of the class?  It counts as "research" for my books, which makes me giggle. 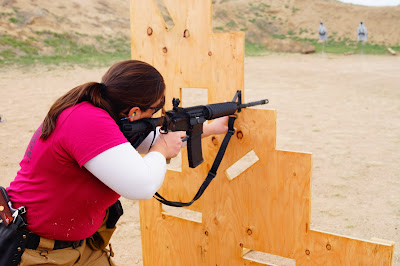 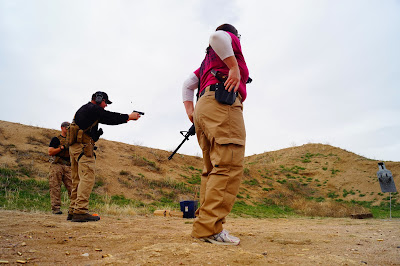 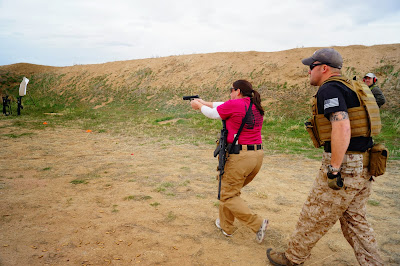 Also in April, my Para got a facelift and is beautiful now. 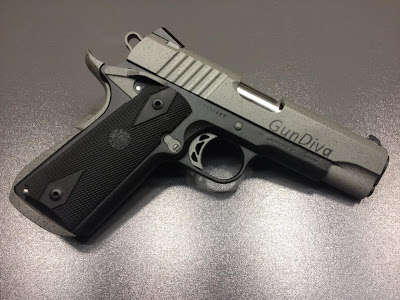 Unfortunately, we spent Jay's birthday in Logan, Utah for his grandma's funeral.  We did stop in Jackson Hole, Wyoming on the way (even though it's not really on the way) and it was beautiful.

Jay and I had a great "staycation" in May.  We took a trip to Southern Colorado and visited the Great Sand Dunes and Zapata Falls. 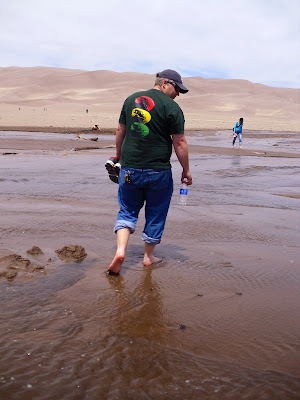 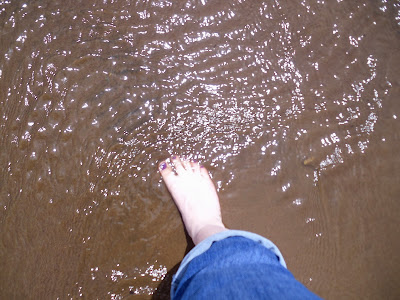 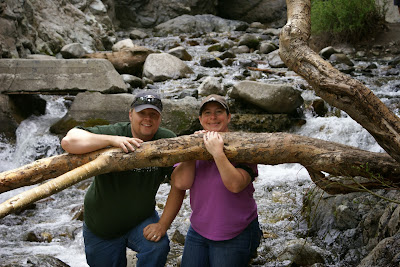 July brought me a lot of heartbreak, when I lost Estes.  Two weeks later, I headed down to Southern Colorado to work on the Horse Master with Julie Goodnight crew and I always learn so much during the week we're shooting.


My Robs had her triplets in the beginning of August, the same day Asset busted her arm.  The triplets were much more welcome than Asset's broken arm.

In the fall, I got a wild hair up my ass to learn to can.  Since I didn't have a pressure cooker, we were limited to things we could can using a water bath.  Our first attempt was green chile base, essentially our own version of 505 green chili.  With the success of our first batch, I bought more roasted chiles and we made a second batch, thinking it would hold us through the winter.  I was wrong, we only have a couple of pints left.  I also made Jay make up bunches of his soup and we froze several quarts.  It is awesome!  Mom gave me my great-grandma's pressure cooker a few weeks ago, so we'll be able to can shelf-stable soup. 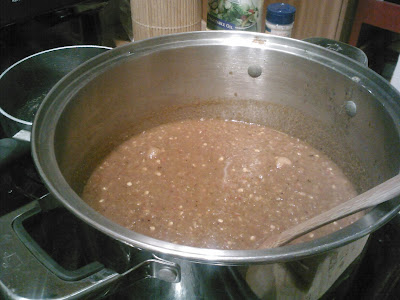 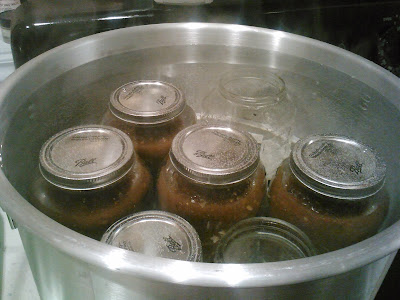 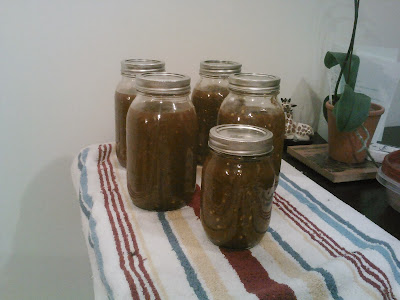 I published both of my books.  What a learning curve that was!  Ugh, learning to format and convert about made my head explode, but it was worth it.  Jay got his children's book published and is working on his second one, which I can't wait for.


Oh man, so much happened in 2013 and my family is truly blessed.  Digger started school, Ashinator got a "grown-up" job, and Monster moved to Kentucky.  I can't wait to see what 2014 holds for us.
Posted by GunDiva at 6:36 PM 4 comments:

Email ThisBlogThis!Share to TwitterShare to FacebookShare to Pinterest
Labels: family, year in review

I'm a little late posting this, as Baking Weekend is always the second weekend in December and here it is, just two days before December ends.  Yikes.  I always have grand plans for getting my blogging done and then it just doesn't happen. I've been off from work for a week now and I'm just now feeling like turning on the computer.  I guess it just goes to show how badly I needed a "brain break".

Before we could head up to the Lodge to start baking, we had to celebrate Ashinator's 21st birthday (how did that happen?!) at the Rio so she could have her first (legal) marg.  Rumor has it that the Rio margs are the most potent in town.  I'm not certain about it, but they do have a 3 marg limit, so maybe.


Staci is still on her boat with her family, so we missed her again this year.  It did work out, though, that she was some place with WiFi and we could FaceTime with her.  It was so good to see her and the kids and have them join us for a bit, even if it was via computer.  Robs was even kind enough to sample all of the cookie dough for her.

While I didn't have any big new recipes planned for the day, Robs did.  It's a chocolate cookie sandwich with a peppermint filling, rolled in crushed candy canes.  It's essentially a diabetic coma in cookie form.


Nebalee's family went Christmas tree hunting in the morning, so they were a little late getting up to join us.  Mrs. Junior and her son also joined us later in the day. That way, we can work in "shifts" in the kitchen. 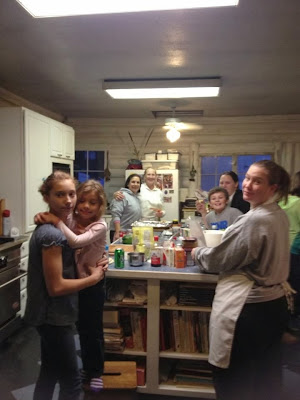 We had planned on having the triplets with us, but Robs let them stay home with her wife, which freed us up to do more baking.  Let's be honest, if we'd had the babies with us, there wouldn't have been much baking going on.  The "aunties" would be too busy playing with the girls.

It seemed like we really scaled back on what we baked, but we still ended up with a ton and a half of cookies.  Our final cookie count for the weekend was:

Ashinator did the math, it's something like 1004 cookies (okay, maybe it's only half a ton).  Since we still have some left, I'm guessing we over-did it a tad (we didn't mail as many out this year - mailing has gotten expensive!).  But, as usual, it was a blast and I can't wait to do it again next year.
Posted by GunDiva at 4:08 PM 2 comments:

I tend to get hare-brained ideas for "fun" gifts come Christmas time.  Usually they work out.  Okay, they've always worked out, but some years go smoother than others.  I can't really remember the last time one went as awry as this one.

Somehow I got it stuck in my mind that it would be fun to make ice cream for everyone. The ice cream that Jay made for my book release party was a huge hit, so I thought, "why not?".  We have two ice cream makers, so of course I thought it would be a breeze.  Our Cuisinart is amazing, and while I had never used the KitchenAid ice cream maker attachment, I assumed it would be amazing as well.

Once I settled on gourmet ice cream for everyone for Christmas, I started looking for containers to put them in.  Sweet Bliss Containers had what I was looking for and more! I happened to run across a sorbet recipe that I *had* to make.  So instead of one gourmet flavor, we were now up to two that we were going to make for everyone.  I made the list of people who were going to receive the ice cream and came up with ten families/couples.  Not bad.  Essentially twenty quarts of ice cream that Jay and I were going to have to crank out.

However, we're procrastinators who were really enjoying being off of work and we didn't get around to starting the ice cream until Monday evening about six o'clock.  No problem.  We had twenty-three, well, make that twenty-two hours before we actually needed the ice cream.  We were ahead of the game.  Right?  It only takes twenty minutes in the Cuisinart to make a batch of ice cream, so I assumed the KitchenAid would be about the same.

We started with our bases.  We thought we could made a base, set it to cool, start a second base, then put the first batch in the ice cream makers while the second batch cooled, and start our third batch.  It worked out perfectly.  In my mind.  In reality, it didn't work at all.


First batch in my beloved KitchenAid.  I was very, very disappointed to say the least.  The KitchenAid ice cream maker sucks.  I'd be really pissed about it if I'd spent any money on it, but it came as part of our rebate when we bought our mixer (which I love and can't believe I lived without it for so long).  If all we had was the KitchenAid one and I had never used the Cuisinart, I might like it.  But we have the Cuisinart and it's worth every penny.


Jay's batch went into the Cuisinart, which worked like a champ.  For the first batch.  After that, we were just asking too much from it.

Once we realized that the bases weren't cooling fast enough to go into the makers, we tried to cool them faster.  It was 19*F outside and we still had some snow left, so out the bowls went.  We were hoping to cool both the bowls and the bases.  After an hour, we brought in the bowls and started them up again. It was a nice thought, but didn't work.


After spending hours trying to get our first batch cooled and packed, we gave up and spooned all of the base into the ice cream containers.  After all, the machine is not necessary for making ice cream; it just helps to cool everything to the right consistency.  With the decision made to not use the ice cream makers, we cranked out the rest of our bases and put them in the containers, then packed them into the freezer and crossed our fingers.

The worst part of my "let's make cool stuff for Christmas" ideas, by far, are the dishes.  Gah!  I hate doing dishes.

We finally fell into bed about one a.m. and hoped that our freezer would be up to the job of hard-freezing twenty quarts of ice cream.  When we rolled out of bed the next morning, we had chilled soup.  We stirred the soup, recapped the containers, and crossed our fingers again.  We consulted the gift list and realized we only absolutely had to have four sets of ice cream for Christmas Eve.  Everyone else we would see on Christmas Day, so that bought us almost twenty-four additional hours of freezer time.


We got lucky and managed to eek out our first four sets just in time for Christmas Eve.