Today, as we were getting ready to go out on our trail ride Washoe let his Wonder Idiot side take control and was being a jerk for Digger.

I was at the mounting block, with my back turned to them when I heard a dull thump.  Thumps are never a good thing, but it wasn't the whump that comes from someone hitting the ground, so I didn't think much of it until I turned around and saw this: 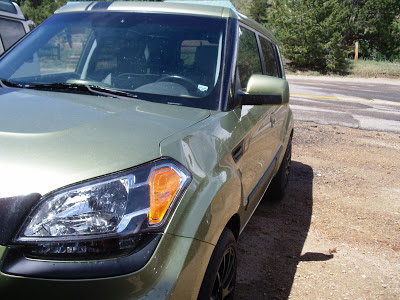 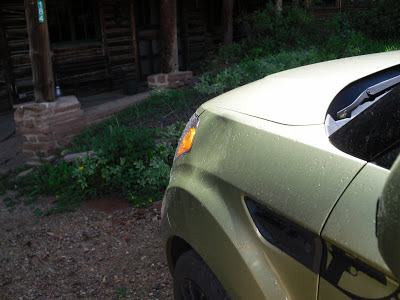 Washoe, in full Idiot mode, was giving Digger a hard time and as Digger was trying to get him under control, Washoe the Wonder Idiot hit Ripley with his shoulder.  It wasn't a hard hit, but 900# against a lightweight car like Ripley... well, it's not a surprise that Ripley was the one who sustained the damage.

The first words out of my mouth were, "Jay's going to kill me."

Ripley might be my car, but she's Jay's baby.  As you know, he's done some really cool things with her and he can spot a scratch at twenty paces.  There was no way on Earth that he wasn't going to notice this big ol' honkin' dent.

After dinner, I was still stressed out about the dent, so I made Monster go out to see if he could pop the dent out.  Monster took one look at it and said, "Jay's going to be so pissed."  Pretty much verbatim what Ashinator said.

After explaining the seriousness of the situation to the rest of the family who has not lived with Jay, popping out the dent became a family affair.

Luckily, Bill had some specialized "pound out the dent" tools and we were able to get most of the dent out.  Of course we weren't able to get all of it out, but it is much less noticeable than it was before. 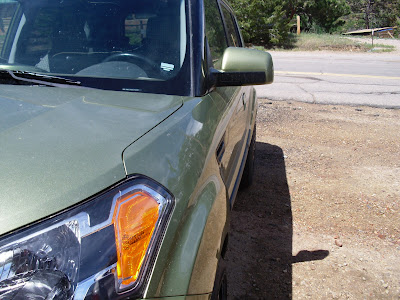 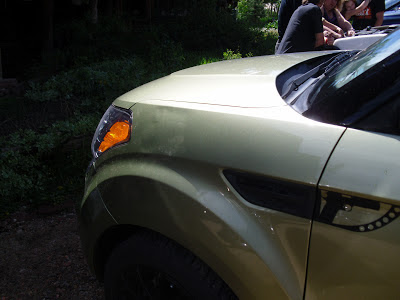 Jay's not a happy camper that his baby has her third dent (I thought this was only her second dent, but apparently there's a miniscule one on the door crease).  He muttered something about Washoe going to the glue factory (I was going to take Washoe to the Purina factory, myself).

If I'm lucky, I'll not have to sleep on the couch tonight.
Posted by GunDiva at 7:59 PM 2 comments:

This hasn't happened in a while, but one of my old blogs has been hacked.  I deleted HUNTED LYON over a year ago, but apparently someone has commandeered it and is posting some random shat.

I assure you, it is not me.  I deleted that blog long ago, so if it's still in your feed, please go ahead and delete it from your feed.

Sorry for the inconvenience.

(BTW, it pisses me off that I feel the need to apologize for something someone else has done.)
Posted by GunDiva at 8:41 AM 2 comments:

The Royal Gorge Fire forced the evacuation of prisoners from the Colorado Territorial Correctional Facility; the prisoners were moved to other prisons. (I was wondering what they'd do with them - it takes a long time to plan and move prisoners.)  The suspension bridge is rumored to have been spared, though three structures have been lost to the fire.

The Black Forest Fire, near Colorado Springs has destroyed a multitude of homes and forces thousands to evacuate.

The Big Meadow Fire is the one closest to us, and was started by lightning on Monday.  Usually, naturally-caused fires in remote areas are allowed to burn, but they're doing what they can to knock it down.

The Klikus Fire is the smallest of the four at 50 acres, but it also has forced several evacuations.

I have lots of friends, real-life and blog, who live in those areas and pray that they are safe.

If you feel moved to help the firefighters and people who have been displaced from there home, visit Help Colorado Now to make a donation.  I try not to solicit donations too often on the blog, but after three years of fires, I'm beginning to feel helpless.  Even the cost of one coffee will help.  Thanks.

Update: Once Upon An Equine was evacuated from her home about six hours ago :(
Posted by GunDiva at 8:40 AM 3 comments:

Email ThisBlogThis!Share to TwitterShare to FacebookShare to Pinterest
Labels: fire, Help Colorado Now, Once Upon An Equine 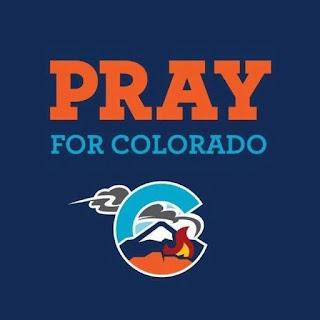 We've got three, count 'em, THREE big fires burning right now.  All of them started today.  The late snow we got last month only delayed the onset of fire season by a couple of weeks.  Once Upon an Equine is uncomfortably close to the fire, let's hope the winds stay in her favor.

I tell you, I think we need to change our tourism tactic.  Let's come up with a new motto.  Something like, "Come to Colorado and watch it burn!".  Catchy, no?

And to think that just this week, I was marveling at our lovely weather and the fact that the farmers had already started their first cuts a couple of weeks early.  I was so happy to see that the hay prices were coming down and it looked like things were looking up due to our late snows.

But the snows might have been too little, too late.  At least for some parts of the state.

If you could, send up a prayer for the families who are impacted by the fires and prayers to keep our fire crews safe.

Email ThisBlogThis!Share to TwitterShare to FacebookShare to Pinterest
Labels: fire, Once Upon An Equine
Newer Posts Older Posts Home
Subscribe to: Posts (Atom)