February 16 marks the day I threw my best temper tantrum ever and as a result met RockCrawlinChef.

You can click on the link if you want all of the gory details, but the fact is, I've got pretty much the best husband on the planet.  My life has changed so much in the past four years - all for the better.

OOO-eee, I was a cranky bitch before I met RCC.  Like, scary cranky.  I joke that he's like Sears - he's found the "softer side" of GunDiva.  (CTM, please don't hold the Sears reference against me, I know how you feel about the company.)

I still have a tendency to be a cranky bitch, but it happens less often.  And almost never when I see jewelry commercials now.  Holy cow, I don't know how my kids put up with me between October and February all those years I was single - those are the worst times to be single.  Everything's "couples this" and "couples that" and "if he loves you, he'll buy you diamonds".  Gah!  I still get twitchy at the commercials, but they don't make me want to put a bullet in my TV set anymore.  See?  Progress.

Anyway, RCC, I love you.  Thank you for responding to my "eye contact" and saving me from being a crazy(er) horse lady.
Posted by GunDiva at 8:50 PM 2 comments:

I keep telling my counterpart at work that I'm "pre-tired".  He doesn't get it.  Maybe I'm the only one who suffers from it.

Pre-tired is what happens when you look at your upcoming schedule and realize there is just not enough time in the day/week/month/year to get it all done.  And the thought of trying to do it all is exhausting.

Which is what I am now.

But...once I'm done being pre-tired, start putting one foot in front of the other and trudge my way through the next four weeks, I'll have the luxury of being actual-tired.  Actual-tired is okay, because you can rest up and recover.

Nebalee spends half of her life in the bingo hall, working toward Autobot's gym/meet/travel fees.  On ocassion, one of her family members goes to bingo.  RCC and I have gone, Junior and his future wife have gone, Deejo and his family have gone.  It's something to do, and you might win some money.  Breaks up the monotony for Nebalee.

RCC and I have gone a couple of times.  In fact, I think we went on New Year's Eve.  Do we know how to live large, or what?

Last night, I got the bright idea to go again.  What the hell was I thinking?

I was thinking it might be kind of fun.  We had received our own daubers on NYE and, well, why not?

We loaded up our daubers, hit the ATM and headed into the bingo hall.

It took me about halfway into the first game for me to remember why bingo isn't such a good idea.  I suck at it.  I know it's all supposed to be random, but the random bingo gods hate me.  And they hate RCC.  Every time we've been to bingo, we have just pissed our money away.

But then, I got close.  Like one ball close to winning big.  So we stayed for the second session, even though that meant a trip to get more cash.

We came home with $1.00 - that's what was left over of the $80 we dropped at the bingo hall.  We're the cheapskates.  There were people there spending their entire pension in boards.  I can't imagine how on earth they can afford to go as often as they do and drop as much money as they do.  It's insane.

But I won't be doing it again.  We threw our daubers away, just to get rid of the temptation.

Next time I feel like blowing $80 and having nothing to show for it, I'm making RCC take me out to dinner and a movie.

Or I'll just give the money straight to Autobot to put towards her gymnastics.

But I'm boycotting the bingo hall.
Posted by GunDiva at 4:38 PM 4 comments:

I'm not sure what I thought I'd accomplish when I started blogging.  I initially did it to keep my girls in the loop as my life was rapidly changing (betcha didn't know that Robs and Staci).  I had met RCC, traveled down south to be on Horse Master with Julie Goodnight, and life was moving super fast.

I had no idea the blogosphere was its own community when I started.  I never expected to meet so many amazing people who I now consider friends. I certainly never intended to branch out into having so many different blogs.

People who don't blog, don't get it.  They don't understand how bloggy friendships are every bit as real as "real life" friendships.  But they are.  The community is as strong as any neighborhood community; we draw together to celebrate successes and mourn losses.  There's not a "support group" out there any stronger than the blogging community.

I can't imagine not blogging, not checking in on my friends, so I was a little surprised to see my number of posts hit 500.  For this blog.  Not quite there on my other ones.  And 500 over a three-year period of time isn't that many.  There are far more dedicated bloggers who post almost every day and have a whole lot more posts than I do, but this is a hell of a milestone for me.

So...I thought I'd look back over the last 500 posts and my life as a blogger.

If this milestone hadn't snuck up on me, I would have organized another give-away.  Sorry about that; I kinda dropped the ball there.  But please know, all of you, that I'm glad you spend a little bit of time with me each day and I'm honored to consider you friends.
Posted by GunDiva at 8:08 AM 6 comments:

While I'm not one to complain about an unexpected day off of work, 6 inches of snow didn't used to be enough to shut things down.  I know other parts of the area got hammered.  I heard Compass grumbling about two feet and still falling up in Allenspark.


Haven't called Mom and Bill yet to see what the total is...hang tight, I'll find out...according to Mom, she had 31 inches (up to her hips) at morning feeding. It hasn't stopped snowing since, but she promises to get pictures up soon and some new measurements.

I had some grandiose Snow Day plans.  Free time to do some revisions on HUNTED LYON, sleep, workout,  maybe sleep some more.

What have I done today?

Well, I slept until 9 am.  Got up and opened the computer with every intention of opening the book and diving into the revisions.

But first, I had to check my email.

And then the blogs.

Which reminded me that I had a post I wanted to put up on The GunDivas.  So I wrote that.

Then I checked the blogs again.  Who knows?  Maybe someone had put up something new.  No?

Well, I haven't heard from Rachel in a while.  I'd better check her blog.  Oh, my, I was behind.

Every blog I checked, I was at least a week behind on.  So I had a lot of reading and commenting to do and that took a fair bit of time.

And then I remembered that I had a second blog half-written for The GunDivas, better finish that one.

And check my email.

But now it's time to dig out and go to the store.  I've a hankering for Green Chile Stew.

So...what have you gotten accomplished today?

Letter of Intent - the Komen Edition 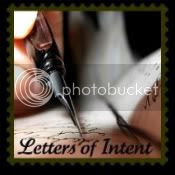 I haven't played with LOI in a while, but I finally have time to type the letters I've been composing in my head.  If you have anyone who deserves a letter, head over to Foursons and link up.

So, of course, since your fearless leader is anti-abortion why on earth would you continue to support a program that provides needed health services to underserved women nationwide?  Planned Parenthood is a place where young girls who have no other place to go for information about birth control can go and be treated with respect.  They provide women with cancer screenings, including, until your funding was withdrawn, breast cancer screening.

You have just denied thousands of women the chance to be screened for the very cancer your foundation is searching for a cure for.  All because you focus on one service that some Planned Parenthood locations offer.

I don't have a lot of money to give to charity, but you can be damn sure that you'll never receive a dime from me.  Any money that would have been donated to you will go to another agency, most likely Planned Parenthood.

Signed,
Ashamed I Ever Supported Your Foundation

Trying to get any work done once you enter the building is impossible.

Why don't you STFU?

Signed,
Not Getting Any Editing Done Thanks To You
Posted by GunDiva at 7:01 PM 3 comments: