On November 24, 2014 the sweetest kitten ever was abandoned in a cardboard box in a grocery cart in the middle of an aisle in Safeway. My boss' wife saved "her" and brought the kitten to the college, where I immediately laid claim to the tiny bundle of fur. 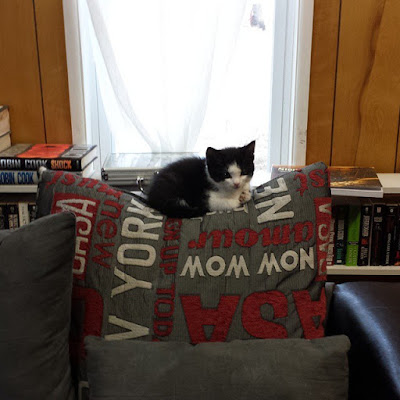 And then we got home and the yet-to-be-named kitten decided Jay was "her" human. 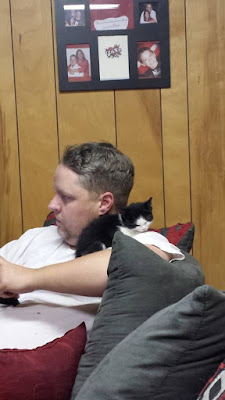 A few days later, we agreed on Abby as a name. I swore it was short for Abandonded Kitty, Jay said it was short for Abigail. We didn't have to agree on what Abby stood for, we were just happy to have a name for the kitten. Fast forward a few weeks, I was laid up in bed after another dental procedure and Digger was playing with Abby. Just as I was about to nod off, he called from the living room, "Mom, I thought you said she was a girl. These are definitely balls." When I managed to crack my eyes open and focus, there they were - a pair of fuzzy black balls. I guess "Abby" was a lot younger than we thought when we brought her.. er... him home. 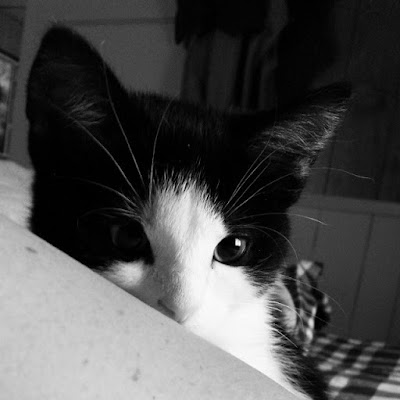 Abby became Speed Racer and we loved that shitten with every bit of our cold, dead hearts. He was a ... special ... cat. His elevator didn't go all the way to the top, but everyone who met him loved him.
On November 17, 2019 he went on a walk-about. We thought we lost him forever. Speed Racer *NEVER* failed to come when called. After a couple of days, we were pretty certain that he'd gone to the Heaviside Layer, though in a small part of our formerly cold, dead hearts, we both hoped he'd show up.
Pongo was really sad and moping around that Speed Racer was gone; he became incredibly needy and went back and forth between me and Jay. He was truly despondent that his brother was gone. 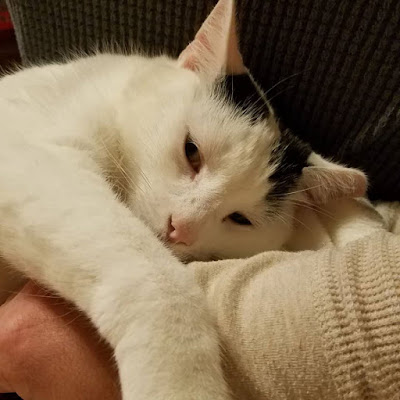 After a couple of weeks of Pongo being so needy, Jay decided Pongo needed a new brother, so off to the Cat Rescue we went to adopt Pongo someone to play with. I wasn't sure I was ready to move on from Speed Racer, but Pongo was driving us absolutely bat guano with his neediness, so we brought home Chief. 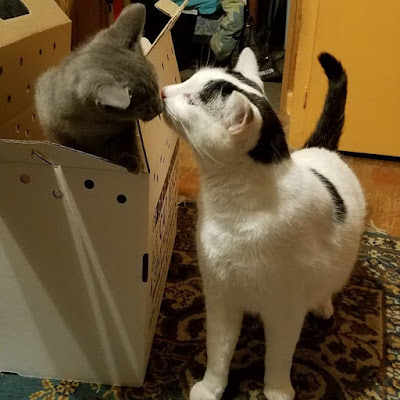 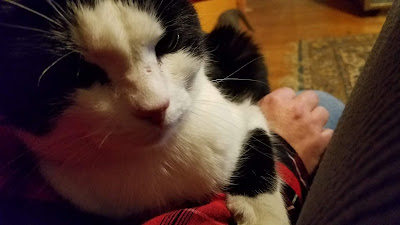 Chief took it upon himself to help Speed Racer heal by cuddling with him every chance he had. He took immediately to Speed Racer and when he wasn't busy terrorizing Pongo, he was cuddled up to Speed Racer, purring away. 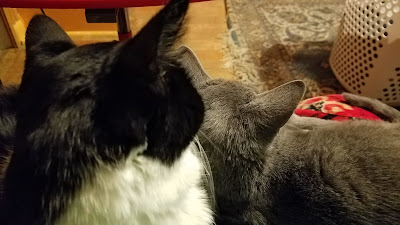 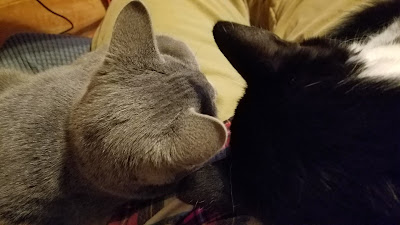 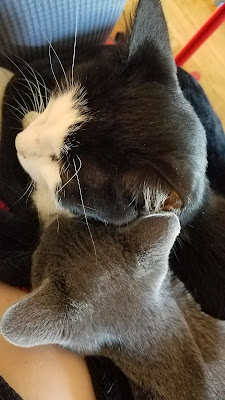 Speed Racer has always been an anxious cat, and despite L.E. spending time and loving on him, he dropped some weight while we were gone, but he was still a solid 3.
But the last few days, he just tanked. Monday, the only thing he would eat were cat treats. Tuesday, he turned his nose up at them, so off to the vet we went. I hoped it wouldn't be a one-way trip, but in my heart I knew.

Probably liver failure, common in formerly obese cats (he was running 17#, easy, before he went on his walk-about) who lose a lot of weight rapidly.
Speed Racer, a whole lot of people loved you and prayed for you when you went missing. Even more cheered when you came home. You're going to be missed, Good Boy.
October 2014 - February 4, 2020
Posted by GunDiva at 5:27 PM No comments: