Ain't It Always The Way?

Next week is our anniversary.  RCC and I haven't been married but two years, so we're still trying to get good anniversary gifts for each other.  I'm enjoying it while I can.  Last year, we decided that we weren't going to get gifts for each other - we were going to take a weekend trip instead.  So, being the dumbass I am, I took RCC at his word and didn't get him anything.  He, being a well-trained male, didn't take me at my word and surprised me with Eloise.

I got him an amazing anniversary gift (no, I'm not telling you - we still have a week to go!).  Ordered it this morning, it's being shipped as we speak.  I tell you, this gift is amazeballs. 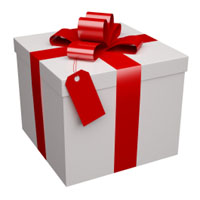 I was feeling pretty happy with myself.  Finally came up with the perfect gift; he's been trying to get it out of me and I've been able to keep it quiet.  So I'm feeling pretty good.

Right up until I walk into Sam's Club and see this... 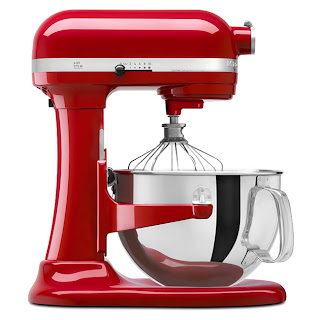 ...the exact Kitchenaid mixer he's been wanting since we've met.  For the best price I've ever seen.  And in the color I want.  I know, I know, it's supposed to be his gift, but I get a say in the color.

I just order him the *perfect* gift and turn around and find his dream mixer?  Ugh.  What to do?

I'll tell you what I did.  I got on the phone called him and told him that he'd better love the gift I ordered for our anniversary even more than he would love the Kitchenaid.  I might become a widow if he looks at his anniversary gift and says he'd like the mixer better.

Start saving bail money, 'cause I might need it.
Posted by GunDiva at 10:41 AM

You know, i find men put a whole lot less thought into gifts than we do.

I bet he'll love it, and then at some point in time in the near future don't be surprised to come home to that KitchenAid mixer anyways...

This is proof that it's better to give than receive. You hold all the cards. :)

Perfect-er isn't a word, but should be.

I usually pick a gift out ahead of time, then end up getting the other one I find at the last minute anyways. Just keep an eye on the Kitchenaid until you CAN get it, then bring it home as a wonderful, random Tuesday surprise!