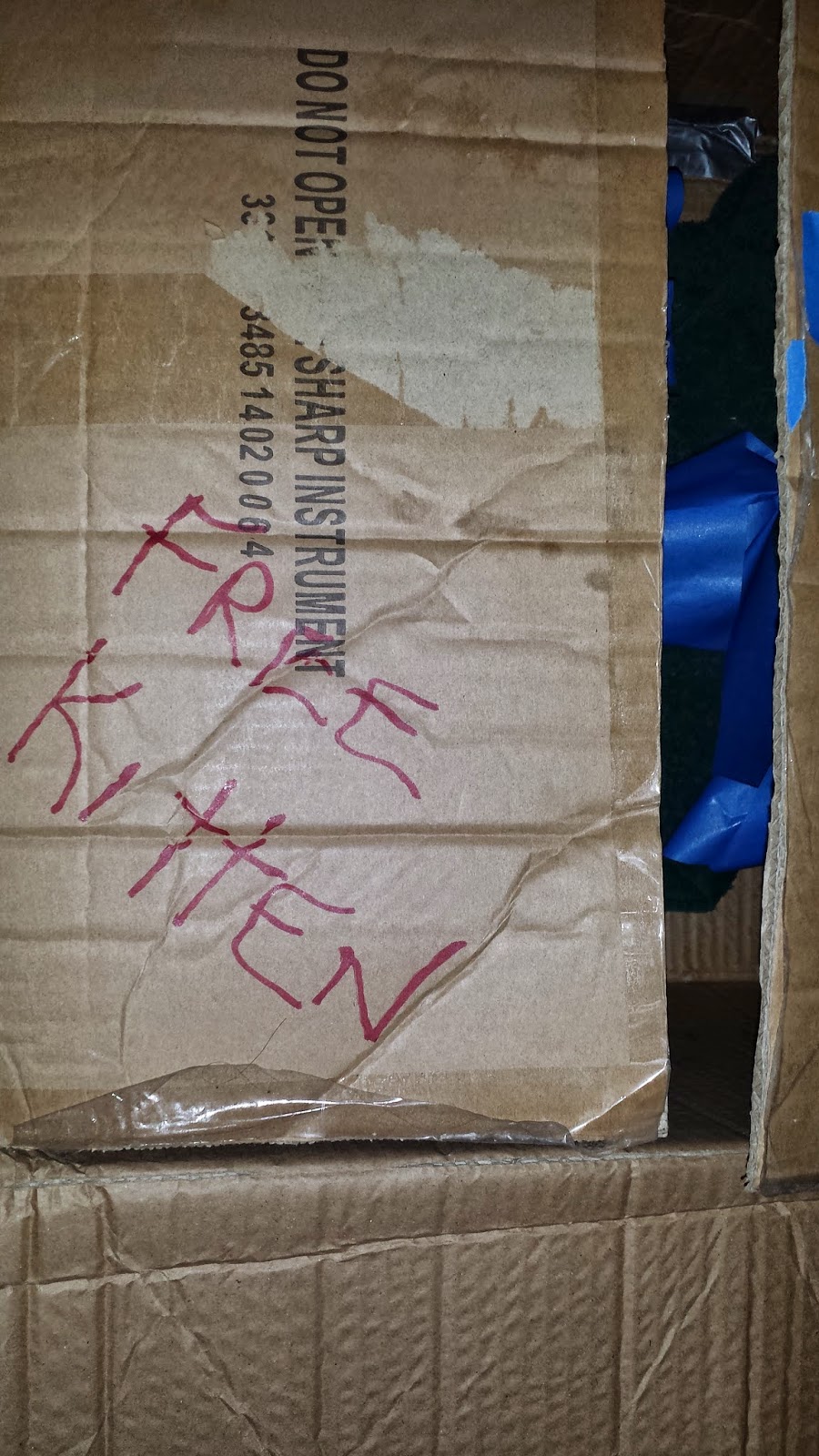 On Monday, when I returned from lunch, there was a commotion on campus, so I had to go check it out.  My boss' wife was there with the tiniest little kitten snuggled into her jacket.  It seems that she and their son had been out grocery shopping and saw a box with "free kitten" written on it.  The box was in a grocery cart parked in the middle of one of the aisles with no one around. A little black and white kitten face kept poking up out of the box.

My boss' wife is an animal magnet - if there is an animal in need, it always manages to find her.  She and her son claimed the kitten, picked up some canned food and brought it to work.  She had a new owner in mind, and it wasn't me, but when I saw the kitten, I knew we had to have it.  We've been looking all over for a kitten that wasn't going to cost us an arm and a leg.

Since the weather got cold a couple of weeks ago, the mice have been getting bolder and bolder to the point where they would just stop and look at you like, "I dare you!".  We had mouse traps out, but hadn't bagged as many as we had hoped.  I hate to hear them in the walls, but there they were, scrabbling in the wall between the bathroom and mudroom.  It was past time to get a cat. 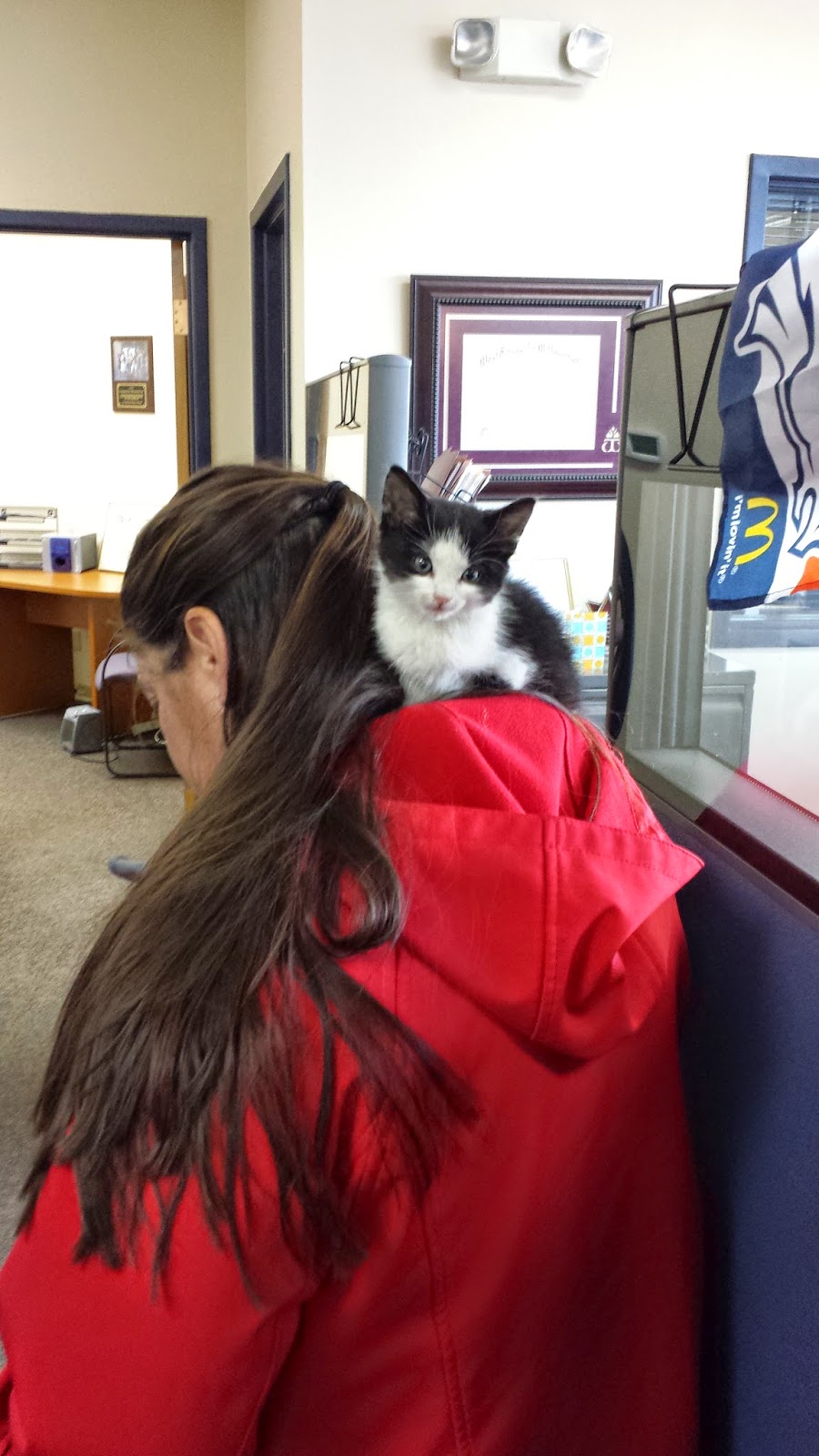 I texted Jay and told him we now had our kitten.  I'm not sure she even weighs a pound yet and she fits curled up in both of my hands.  She also had worms (yuck), which we realized when she started dragging her butt on the carpet like a dog.

She definitely likes being up and would not stay in her box, despite taping it shut, for the drive home, so she sat on Digger's shoulder. 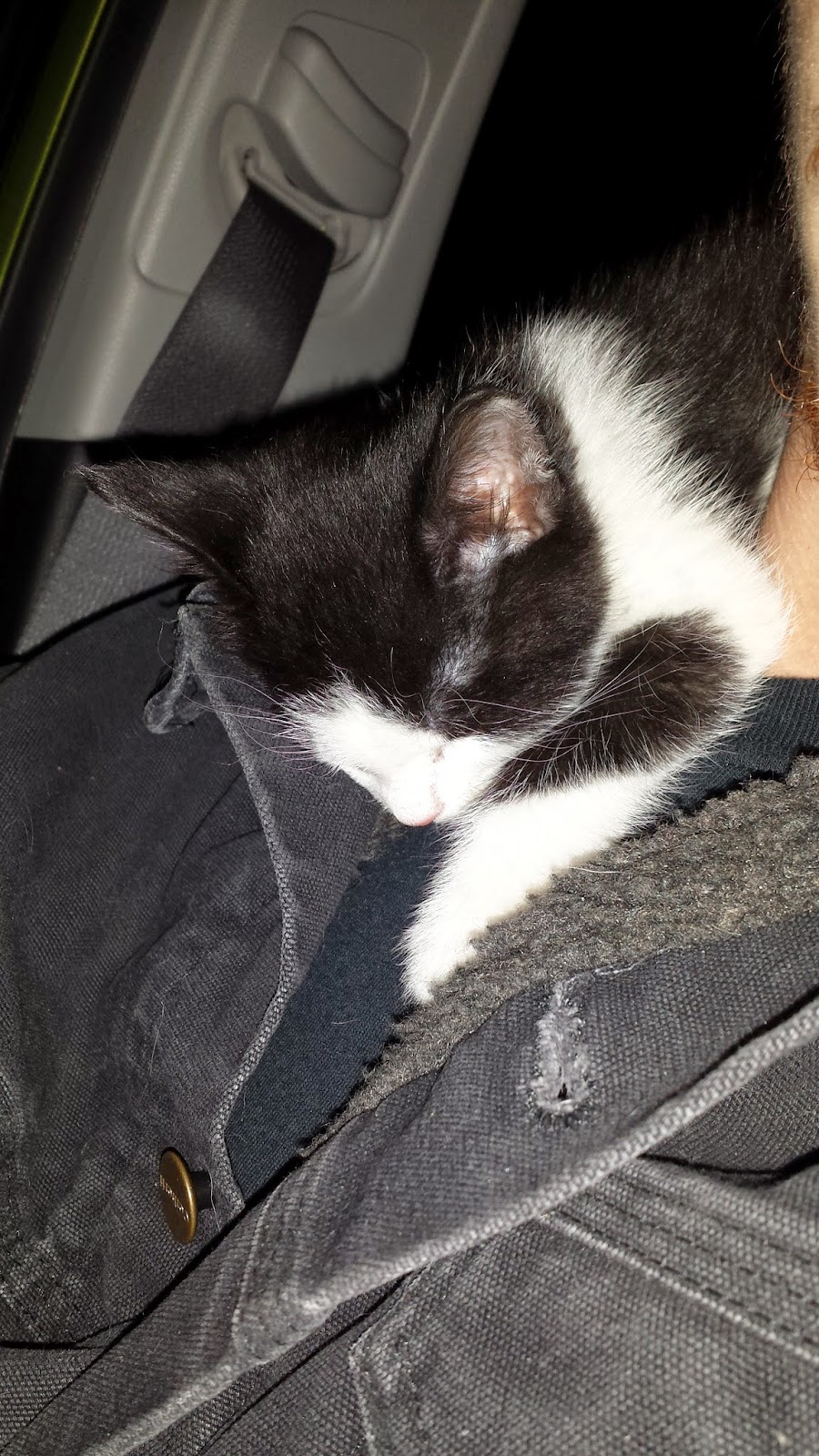 After I dropped Digger off at his place, she climbed onto my shoulder and slept the whole way home.  It was tough work being abandoned and then claimed.

She wasn't so excited about Allie-bird when I first introduced them, but has now decided that Allie is her dog.  However, she immediately claimed Jay as her human. 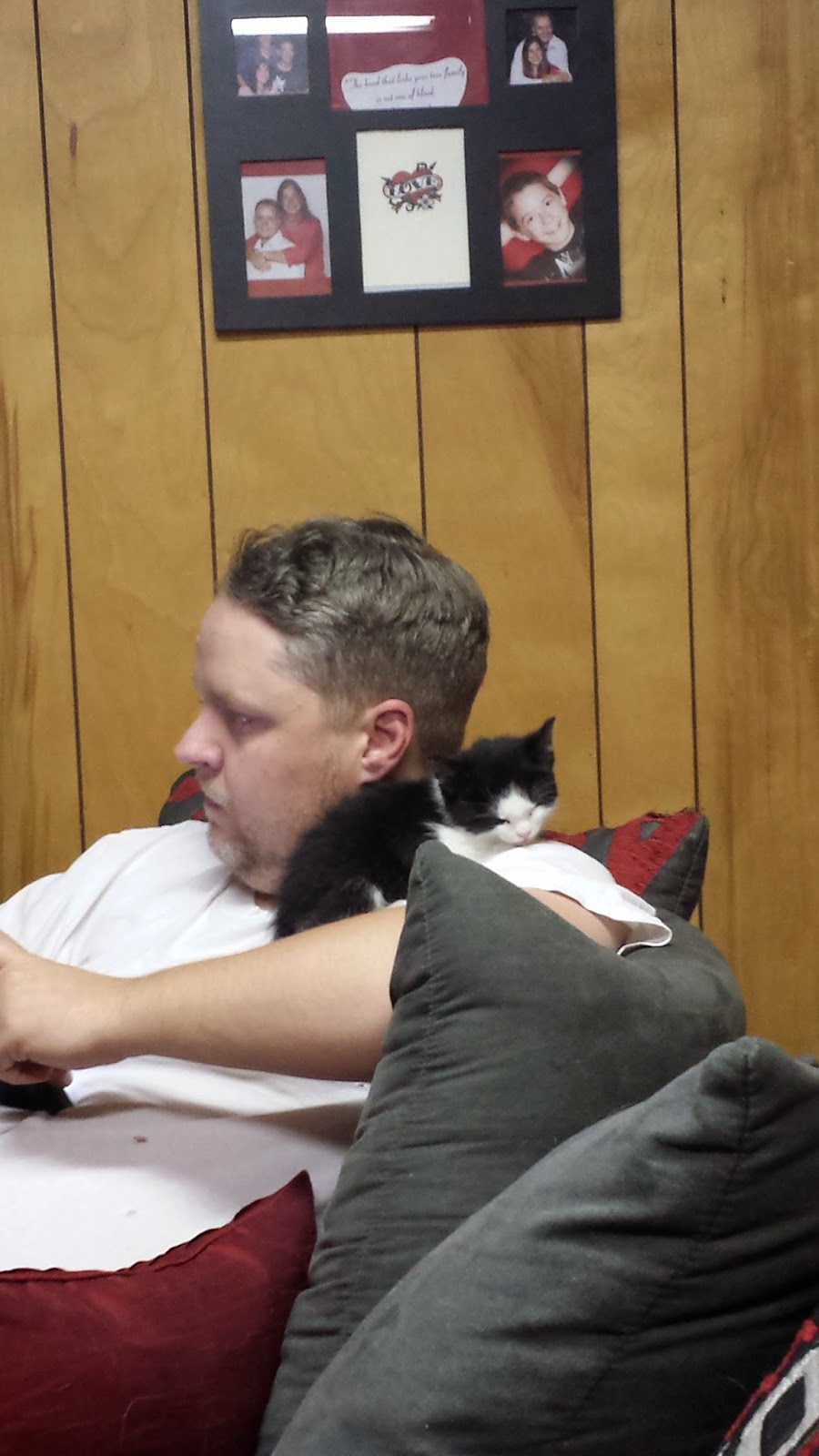 She's a bold kitty, not afraid of much, and has immediately taken over the house.  The first couple of nights were really rough.  It's been a long time since we've had a single kitten with a ton of energy.  It made it kind of tough to love her those first few days.

But she's just so darn cute when she's not terrorizing everyone and so loving when she wants to be that she'll get to stay.  It didn't hurt that she killed a mouse her first night home.

We (de)wormed her and gave her her shots yesterday.  The shot(s) was easy, but the wormer pill was not.  Between the two of us, we were able to choke it down her throat without losing any fingers, but it was a close thing. Because we didn't want Allie to end up with worms, we also treated her.

Abby likes to "help" whenever I'm on my cell phone, so I downloaded an app for her to play with.  How cute is this? 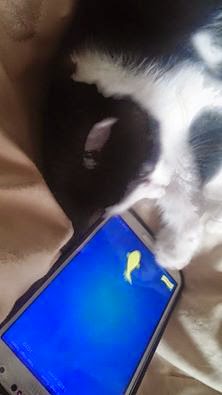 There is ABSOLUTELY NO SUCH THING as a free kitten.