For a week in March.  You know, before winter came back with a vengeance.

The snow's finally gone (at least for us, there's still a good bit on the peaks - Yay!), and the heat has been turned on.

I'm sort of happy about this.  I say sort of, because I really, really hate the heat.  Like, more than I hate snow.  At least with snow you can keep adding layers, but with heat, you can only get so naked. YaknowhatImean?

Last week, Jay's maternal grandmother died.  While it was expected, it's still hard on everyone.  Listening to all of the stories about his grandma, I wish that I'd had the chance to meet her before she was stricken with Alzheimer's.

On our way out to Utah, his mom wanted to spend the night in Jackson Hole, Wyoming.  I was confused, as Jackson Hole is nowhere near on the way to our destination in Utah, but I'm glad we went that way.  Both Jay and I are very destination-oriented when we go on a road trip; we select our destination and choose the fastest way to get there.  His mom and sisters are not; they're more of the "let's go see what we can see while we're on the road" type of road trippers.  If we hadn't been caravaning with them, we would have missed out on some beautiful scenery. 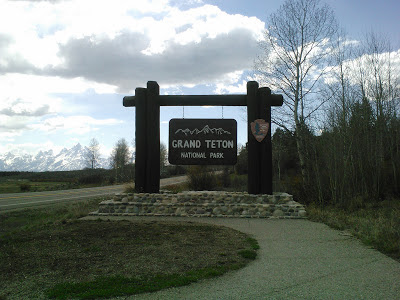 Once we were in Jackson Hole, we checked into our hotel and wandered around a bit. 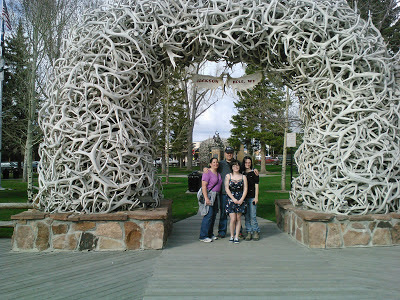 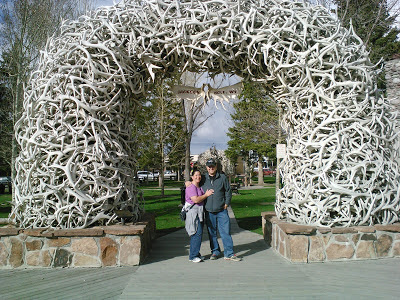 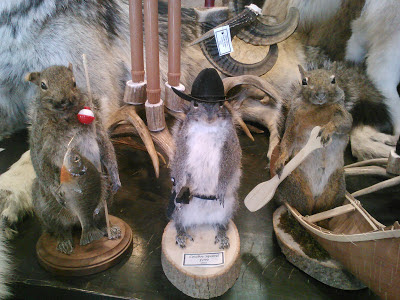 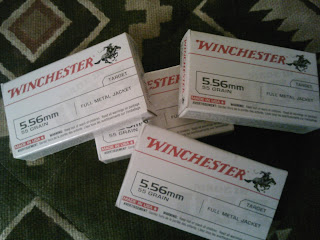 I can't tell you how excited I was to find 5.56 (ammo) at Sports Authority.  Even though there was a two box/customer maximum, I was very excited, as ammo is really hard to come by right now.  Some people bring back souvenirs,  I brought home 80 rounds of 5.56.
We had a great dinner at one of the local Italian restaurants as Jay's early birthday celebration and called it a night.

The next morning, we finished the trip to Utah, where I got to meet lots and lots of Jay's relatives.  We stayed at his aunt's house, and she's got the greatest front porch.  Jay and I decided that we were going to bring back the lost art of "porch sittin'".  First we need a porch worth sittin'.  Details, details.

The funeral was beautiful, as far as funerals go.  We even managed to get a sunburn at the graveside service.  Unfortunately, his mom and sisters had to head back home after we filled up with funeral ham at the reception.

Jay and I stayed another night and spent time with his cousins.  Of course, I didn't think to take pictures, because I was just enjoying the company and the spring weather.

We embraced our destination-orientation and made the trip home in just about seven hours, with only one stop.  The trip out to Utah was beautiful and I enjoyed the detour, but I just wanted to get home to my own bed.  Luckily, Jay's a driving machine and made it happen.

I was pleasantly surprised that in the few days we were gone, Colorado had also decided to join the rest of the country in spring/summer.  Finally, some green instead of snow and mud.
Posted by GunDiva at 9:12 PM

I'm not certain my skinny tush would do justice to those long-johns.

Jackson is what makes WY worthwhile.

LMAO. My old stomping grounds. Miss that place. It's wonderful and quirky. Love love the hats. I hope you bought three. And the long johns....well...Christmas!